Getting Better with a Little Help from a Friend 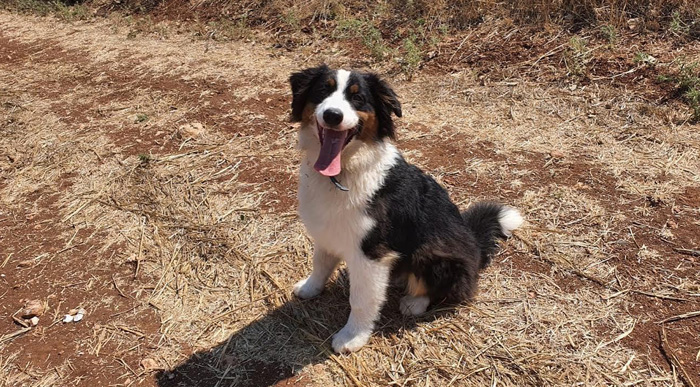 UPDATE: Since the publishing of this article – B”H It was reported on Facebook a few days ago that Nathaniel Felber (Netanel Ilan ben Shaina Tzipora) has spoken again for the first time since 2018!

Nathaniel Felber, was an IDF soldier who suffered a critical head injury in a terror attack back in December 2018. He has been slowly recovering, against all odds. After being in a coma for several months, he was moved to Sheba Medical Center, where he’s been receiving intensive rehabilitation. After a brief setback following brain surgery last May, Nathaniel has made remarkable progress, and a lot of the credit goes to Sheba — not only the hospital but its namesake, a trained physio-therapy dog.

“The dog relates to Nathaniel in a non-judgmental way, happily accepting the food that Nathaniel offers or any other attention,” says Judi Felber, Nathaniel’s mother who has been at her son’s side almost constantly since the attack that upended their lives.

Professor Israel Dudkiewicz, who heads Sheba’s orthopedic rehabilitation program, notes a marked improvement in compliance, strength, and endurance in patients like Nathaniel, when performing physical therapy exercises with the dog. “The dog takes attention away from the pain and difficulty of the exercise, enabling the patient to try to do more and to do it better. I’ve watched patients who ordinarily wouldn’t be able to stand for just 2 or 3 minutes, but when they pet the dog, they can be standing for 30 minutes and more without even realizing it.”

Nathaniel builds strength and balance in his legs, by standing and petting Sheba. He also throws a ball for the dog to retrieve, a fun game that repeatedly flexes his elbow, but without the tedium of the standard physio exercise for the same purpose. When brushing Sheba, Nathaniel must exert enough pressure to run the brush through the dog’s fur, but not too much that would cause him pain.

The Felbers made Aliyah from Silver Spring, Maryland about 14 years ago, settling in Raanana with their three children and a dog. “Nathaniel loved our dog, and I think that interacting with Sheba the dog is very healing for him.”

Professor Dudkiewicz is delighted with Nathaniel’s positive response to Sheba. “We have seen dramatic improvement in patients performing physical therapy with dogs from both a physical and emotional perspective,” he said. “We aim to incorporate this as another treatment tool, such as hydrotherapy and other nonconventional therapies, for patients who can benefit from it.”

At just 7 months old Sheba is still a puppy, but his performance thus far points to a successful future. Dogs used in physical therapy must undergo a yearlong, rigorous training period. The staff must likewise be trained on how to integrate the dog into their rehab programs. In the course of training, the dogs are tested periodically to see that they’re up to scratch. Professor Dudkiewicz explains that different dogs are trained for different types of patients and their abilities. The cost of each dog, including training, is over $30,000, meaning that its implementation in the department must be limited; however, Dudkiewicz says that the results certainly justify the financial outlay.

“Neurorehabilitation is slower than anything else I’ve ever experienced,” shares Judi. “Nathaniel is not walking, or talking, or eating even independently — yet; but I try to focus on the positive: He’s responding to people, to us, his family. He’ll turn his head and give us his hand. He can nod yes and no and show us the number of fingers that we ask. We’ve still got a long way to go, but I’m hopeful.”